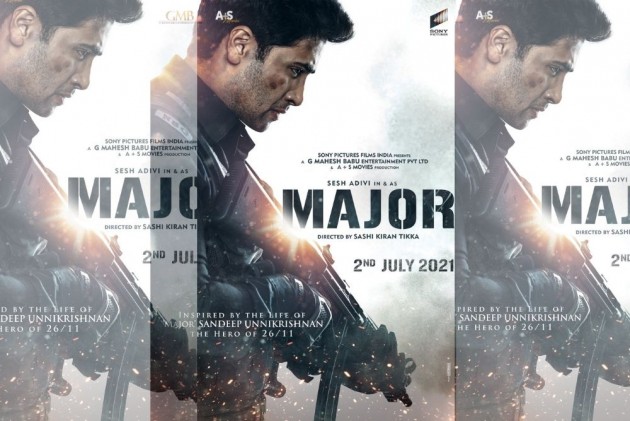 South actor Adivi Sesh on Friday declared the launch of his new film “Key”, which is dependent on the lifetime of 2008 Mumbai terror attack martyr Major Sandeep Unnikrishnan. The movie is set to hit the theatres all over the world on July 2.

Sesh, will engage in the titular role in the Sashi Kiran-directed biopic along with other leads like Sobhita Dhulipala, Saiee Manjrekar, Prakash Raj, Revathi and Murali Sharma.

Adivi Sesh took to twitter currently to announce the release of his desire project, together with a poster of the movie. He wrote, “The electrical power of bravery. My dream undertaking #MajorTheFilm reporting for duty 2 July, 2021 theatres around the globe”

The power of bravery.

My Dream Challenge#MajorTheFilm reporting for responsibility

“Big” is impressed by the lifestyle of Significant Sandeep, the courageous NSG commando, who saved many hostages all through the 26/11 assault at the Taj Mahal Hotel in Mumbai and sacrificed his lifestyle for the country.

The film is manufactured by Sony Photographs Films India in affiliation with Mahesh Babu’s GMB Enjoyment and A+S Motion pictures.

For in-depth, aim and a lot more importantly balanced journalism, Click on listed here to subscribe to Outlook Journal